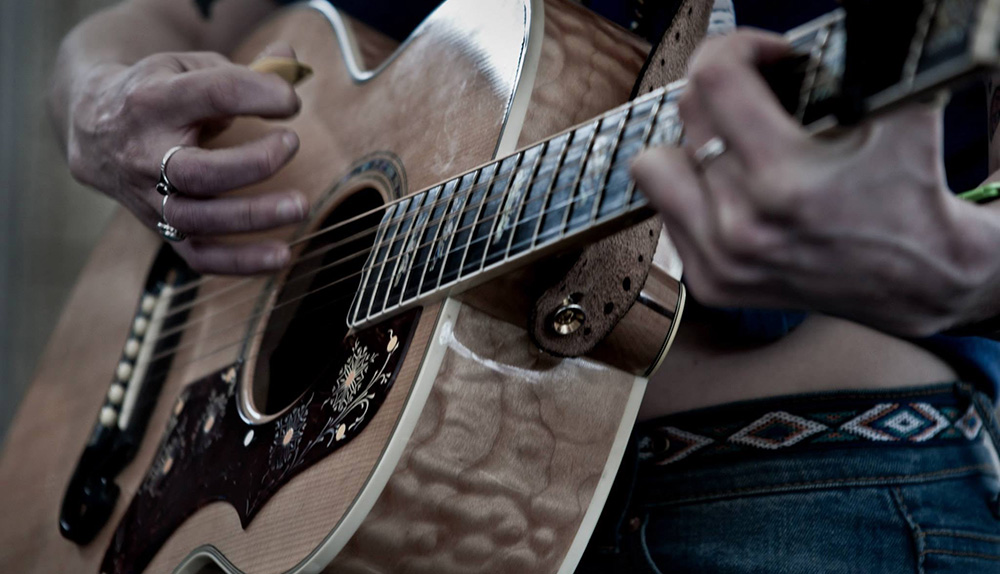 Austin has officially been the Live Music Capital of the World® since 1991, when we were touted for having the most live music venues per capita of any city in the nation. Austinites will find musicians playing everywhere from grocery stores to airports—and not to mention at our amazing festivals.

With such a robust music scene, it can be hard to determine which artists to go see. To help you sift through the overwhelming amount of choice, here are a few rockin’ local Austin bands and musicians you need to check out:

Riders Against The Storm

Touted as the 2013, 2014, and 2015 Band of the Year by The Austin Chronicle, Riders Against the Storm (RAS) have produced what they refer to as a musical movement in Austin. With fun, upbeat hip hop and eclectic soul vibes, RAS is sure to have every venue dancing. This September you can catch them at Oaktopia in Downtown Denton, TX—road trip, anyone?

According to his website, Bob Schneider is the best artist you’ve never heard of—but fortunately, we have. This Austin-based singer, songwriter, artist extraordinaire features mellow vibes and powerful vocals, making his music perfect for kicking back in your favorite bar with some friends. You can catch Rob’s upcoming shows at the Shady Grove, Nutty Brown Café & Amphitheater, and Threadgill’s World Headquarters.

Born on a college campus, the group Magna Carda has risen to the top of Austin’s hip hop scene. Lyricist Megz Kelli and DJ Dougie Do founded the group, and they’re making waves with their unique sound and live instrumentation. You can check out Magna Carda at this year’s ACL Music Fest.

This funky group serves up Dynamite Texas Soul at its sharp, high-energy shows. The six-man band can be found at venues like The Continental Club and Parish Room.

Singer songwriter Emily Wolfe has built some major buzz after her debut album dropped in 2012. Her style is an ethereal yet upbeat combination of rock, Motown and folk influences that Wolfe has dubbed “dream rock”. You can catch her at Stubb’s later this month with the Aquadolls.

If you go to see Holiday Mountain live, grab a Red Bull and prepare to dance like the floor is on fire. This dance-pop group’s live shows (a.k.a. dance parties) involve handmade Bowie-esque outfits, rad beats, rich vocals, and lots of glitter. Austinites can see Holiday Mountain at Emos in October with Beats Antique and Thriftworks.

Need further proof Austin has some major music chops? Legends like Janis Joplin and Willie Nelson came from Austin roots, as did Iron & Wine, the Dixie Chicks, Spoon and more. Point is, don’t take your local Austin talent for granted, you might get to witness the next big thing before they take off!

Previous Post6 OF THE HOTTEST INTERIOR DESIGN TRENDS TO TRANSFORM YOUR HOMENext PostRELOCATING FOR A JOB? HERE’S HOW TO SETTLE INTO A NEW CITY
0Shares
Austin TXfoodfunReal Estate