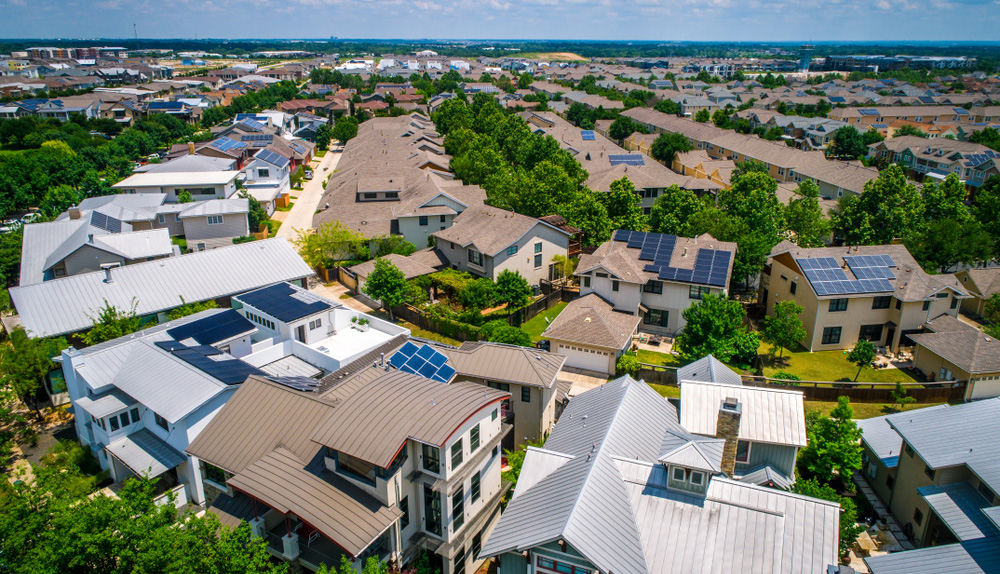 What Are the Best Places to Live in Austin?

If you’re looking for the best places to live in Austin, this list is a great start.

In recent years, the whole country has learned what Austin has known for a long time: this is one of the best, most vibrant cities in America. In such a dynamic, growing city, it can be tough to keep track of the hottest, up-and-coming neighborhoods and how some of the more established areas are evolving, which is why we’ve put together this guide for spots to watch in 2019. So, let’s check out some homes to buy in Austin.

Here are our picks for the Best Places to Live in Austin.

For young professionals with families, Allandale offers the best of both worlds: an established neighborhood only minutes away from the excitement of downtown. Natives have known for years that this is one of the best places to live in Austin, and now transplants from around the country are starting to catch on.

Cherrywood is a brilliant mix of old and new Austin, where students and hipsters mingle with newcomers in a neighborhood that mixes classic bungalows and duplexes with newer developments. Longstanding local institutions sit side-by-side with trendy drinking, dining, and shopping venues.

A highly residential neighborhood in East Central Austin, Cherrywood has plenty going on to keep residents occupied. Though Cherrywood is close to Downtown, it’s also far enough away to give you a sense of suburbia, without the city’s hustle and bustle.

If you’re after modern, planned living in one of the city’s newest and most ambitious developments, The Domain is one of the best places to live in Austin.

Developed in 2007, The Domain is a thriving hub of corporate offices (Facebook makes its TX home here), shopping, dining, and property developments – a perfect, no-hassle locale for busy professionals. Think of it as a small, independent city with a bit of a European feel. You’ll find plenty of designer shops, great restaurants, and if you like to walk, you’re in luck, as everything is within walking distance.

The areas east of I-35 had a colorful reputation for many years, and while things are changing, you can still feel the influence of the bohemians and artists who have long called East Austin home. There’s been plenty of development here as of late, which has also made East Austin extremely popular.

East Austin features many refurbished single-family homes, as well as new condominiums. For those needing quick access to Downtown Austin and popular hotspots, such as East 6th Street and Lady Bird Lake, East Austin is perfectly positioned. And, If you like Mexican food, this is the place to be, as some of the best eateries in the city are here.

For anyone who wants the charm of an impeccably maintained historical neighborhood, Hyde Park should be #1 on your list of the best places to live in Austin. Strict planning rules ensure that Hyde Park will stand as a testament to local history well into the future. While a bit farther north from Downtown, Hyde Park is easily accessible by bus and bicycle.

If your idea of a home paradise is tree lined streets with architecture ranging from Queen Anne, Victorian and Craftsman homes, and if manicured lawns and a small town feel get you giddy inside, Hyde Park is definitely a neighborhood worth checking out.

If you want to be close to the scruffy charms of Cherrywood and East Austin, with all of the amenities of a modern residential development, Mueller is the place for you. This fab development was impeccably designed to put everything within walking distance, from shops to schools to parks.

Located on the site of the old Robert Mueller Airport, Mueller has greatly transformed over the years. It’s a pedestrian friendly neighborhood, featuring an abundance of mixed used spaces that keep drawing in new residents. If you want a life with everything at your doorstep, then Mueller is one of the best and most dynamic places to live in Austin.

Interested in the next big thing in Austin? Then take a closer look at North Loop. Located between Mopac and I-35, this fun neighborhood provides an eclectic mix of up-and-coming funky bars and boutiques, where longtime residents mingle with adventurous new neighbors. North Loop also appeals with its affordable urban living in a neighborhood with a uniquely Austin vibe.

Given its proximity to UT, North Loop has attracted its fair share of younger residents, who have created a community that serves as a respite from the Downtown Austin scene, without being too far away from it. If you love spending your spare time browsing cool vintage stores, coffee shops and used records / CDs, then North Loop might be the place for you.

Is a quaint, historical neighborhood with plenty of green space and a real connection to the past what you seek? If so, Old West Austin is one of the best places to live in Austin. Old West Austin is on the National Register of Historic Places for a reason — the architecture here is a stunning mix of styles representing the area’s evolution from the late 1800s through the 1950s.

This neighborhood has become one of the most sought after places in the city, based on its location and convenient access to Lake Austin, as well as its numerous cycling and hiking trails, and parks. Being close to Downtown, you’ll have access to all kinds of dining, shopping and entertainment, so you’ll never be bored.

When you think about the ‘Keep Austin Weird’ vibe of the 80s and 90s, you think about the bars, shops, nightlife, and eccentric cast of characters who defined the city’s alternative bent for generations. If you want to be close to the beating heart of bohemian Austin, South Congress and South Lamar are still the best places to live in Austin.

Both areas feature a mix of small ranch homes and uniquely modern ones that have drawn in young, hip residents. South Congress (aka SoCo) sits south of Lady Bird Lake across the Colorado River: food, fun, shopping and plenty of live music are a major draw to the area. South Lamar is a bit east of SoCo, but it also features an abundance of restaurants, and hip juke joints if you like to line dance.

If a quieter, more conservative suburb with one of the most highly acclaimed school districts in the country is something you love, take a long look at the classy and affluent Westlake Hills. Located about 15 minutes from Downtown Austin, Westlake Hills is a hop, skip and jump from popular attractions such as Barton Springs, the 2nd Street District, and Congress Ave.

With an influx of residents over the years, this neighborhood still retains a small town feel and enjoys an enviable location at the edge of Central Austin, close to the lake, with tremendous views from many properties. An enclave of classic Texas living only 6 miles away from the hustle and bustle of the city, Westlake Hills is a fantastic area.

Even with 10 great spots to choose from, we’ve barely even scratched the surface of the best places to live in Austin. The city is an amazing collection of unique, character-filled neighborhoods, and there’s definitely something here for everyone.

If you’re looking to find your perfect fit in Austin, contact Habitat Hunters today. We have decades of knowledge and experience as one of the longest-standing independent Austin real estate companies.

To catch a quick glimpse of these neighborhoods, see the enclosed map below, from Texas Monthly June 2015 Newcomer’s guide.